The Munster St. Nikolaus in Ueberlingen 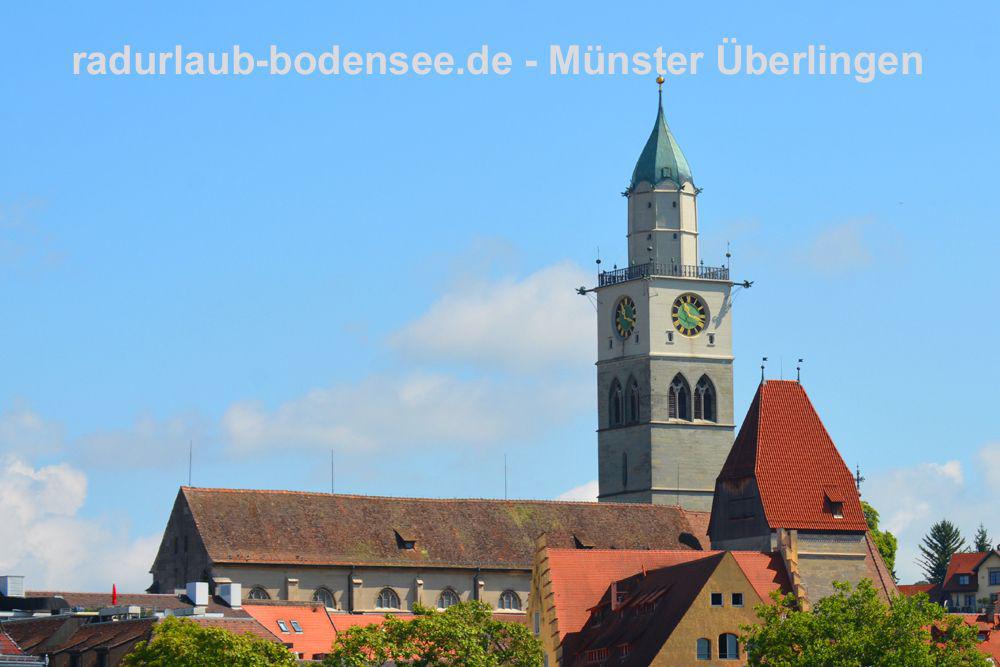 This Late Gothic building, with its one and a half towers, is a prominent feature of Ueberlingen. St. Nikolaus is the biggest church in the Lake Constance area; the Basilica counts five naves. The highlight of its interior is the high altar made of wood, by Jörg Zürn, including over 70 figures and created between 1613 and 1616. The biggest treasure is of an acoustic nature. The peal of chimes includes 8 bells, which were all cast between 1200 and 1741, but were never intended as a group. 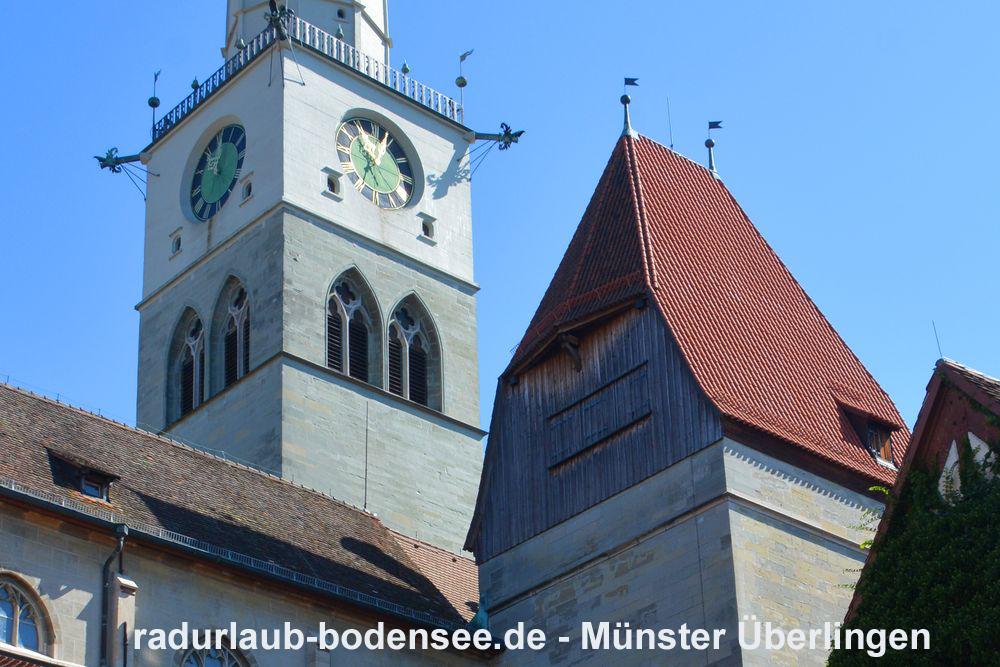 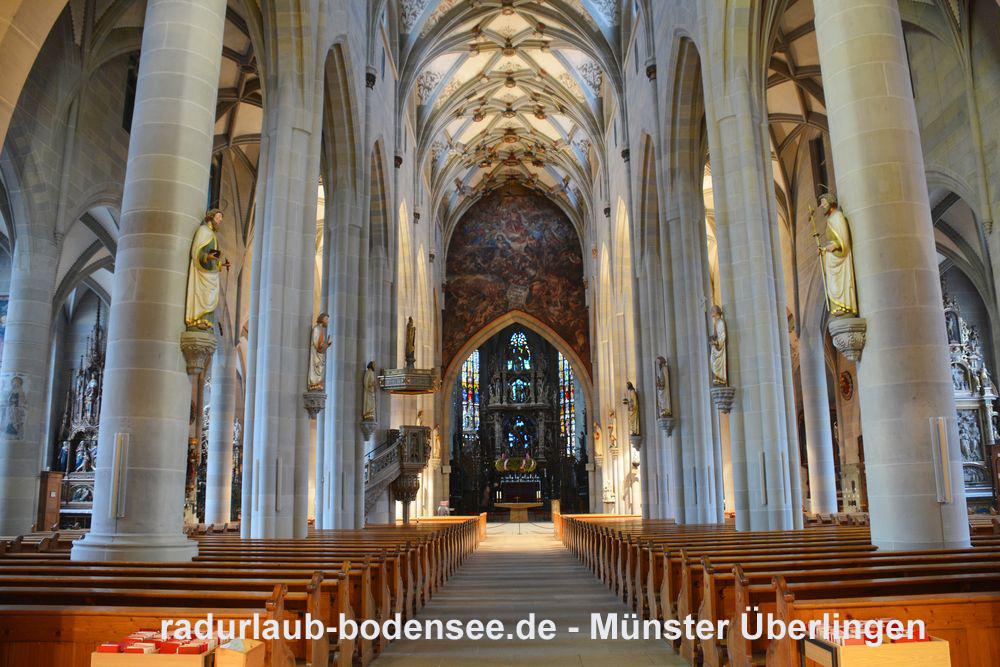 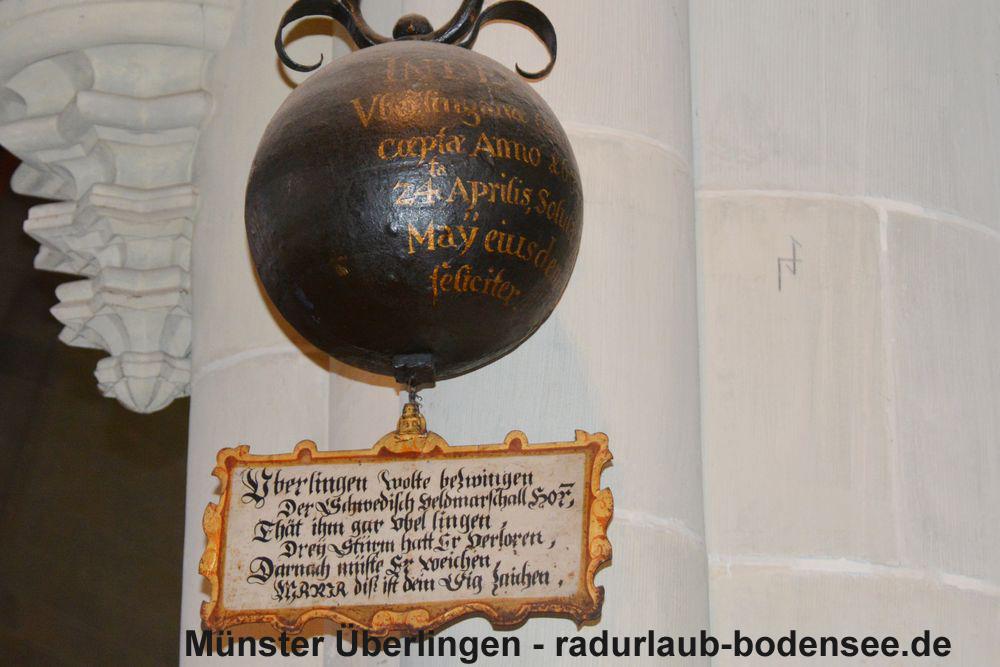