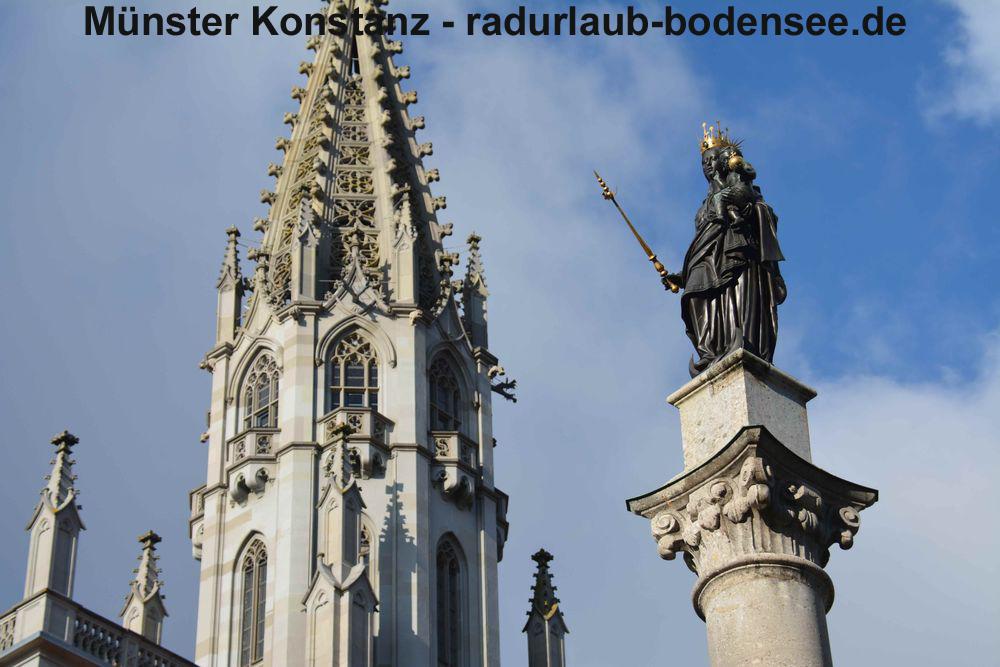 1,200 years ago, the Constance Munster was the focus of the diocese of Constance and the heart of Germany’s largest bishopric, which was bigger in size than today’s Switzerland or the state of Baden-Württemberg. This ecclesiastical and often secular area of influence stretched from the Gotthard Pass in the south to Stuttgart and from Breisach on the Rhine to Kempten in the Allgäu region. It was during the Early Middle Ages that Constance established itself as powerful and confident enough to gradually build a miniature version of Rome’s church landscape. The people demanded relics and the veneration of saints and brought people and money to the town.

At the apex of schism within the church, Constance’ central location was perfect to hold the Church Council, which subsequently took place between 1414-18, attracting kings and popes, dignitaries and ambassadors, bakers and waggoners, servants and some 700 officially registered prostitutes to the town. 60,000 visitors to the Council pushed their way into the medieval town; even the town’s smallest rooms were taken.

It was the period of the reformation that subsequently heralded the decline of the bishopric of Constance and the bishops relocated to Meersburg. The town fell to Austria and even the Jesuit re-catholisation was unable to stop the deterioration of the situation. In 1821 the bishopric finally came to an end and the diocese was divided up among the newly created states.

Constance’ Munster, as it rises up over the houses of the historic part of the town, remains a witness to the troublesome times of the past. Relaxed Roman in style and featuring many hidden facets, impressively Gothic in appearance and playfully Baroque in terms of its cloisters, the architecture of this church reflects the ups and downs of its long history. 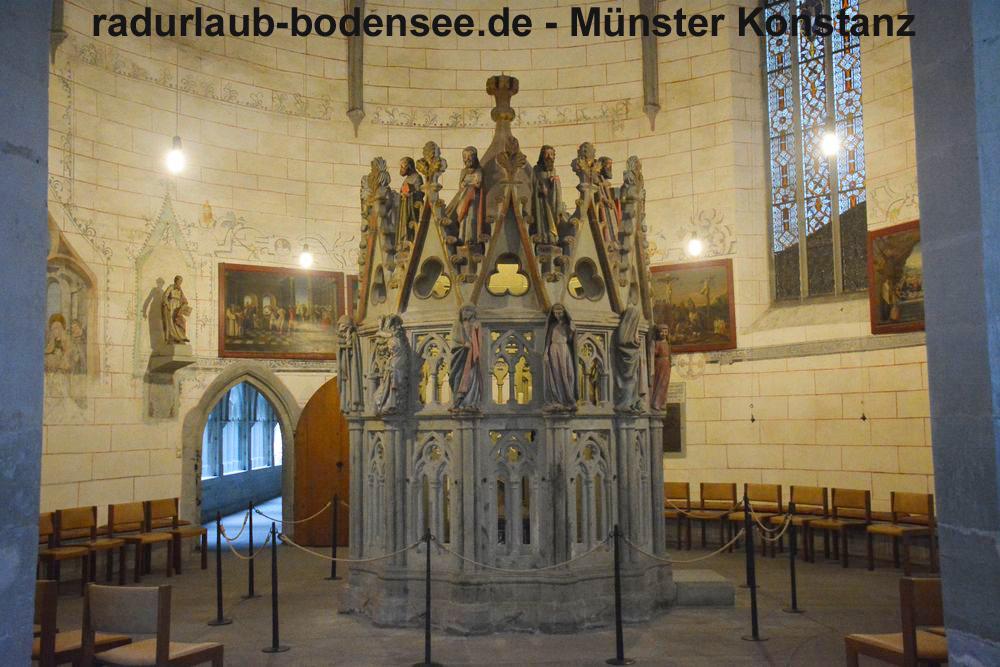 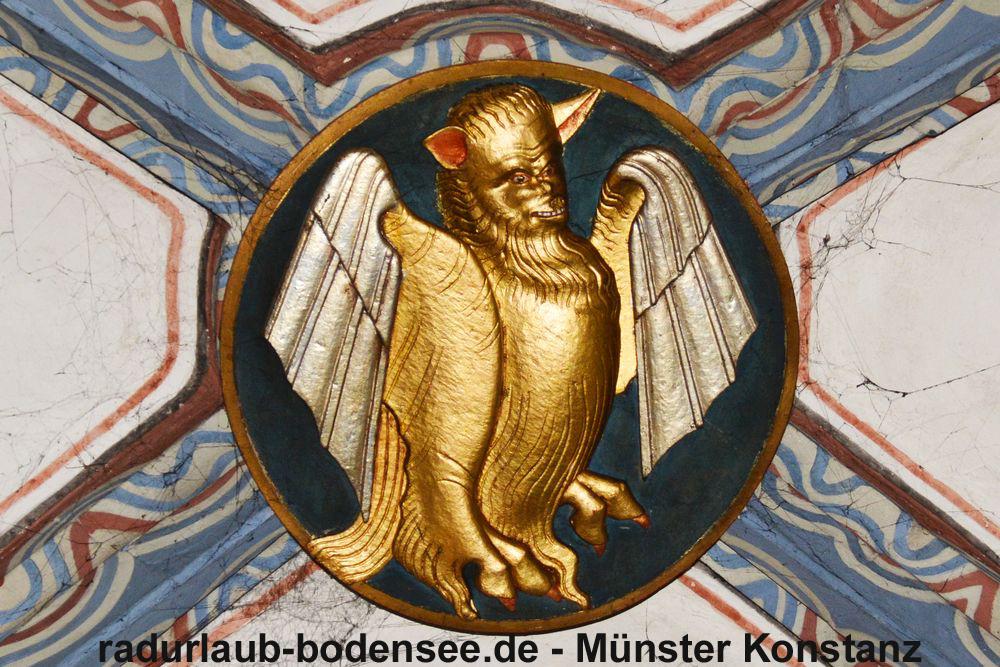 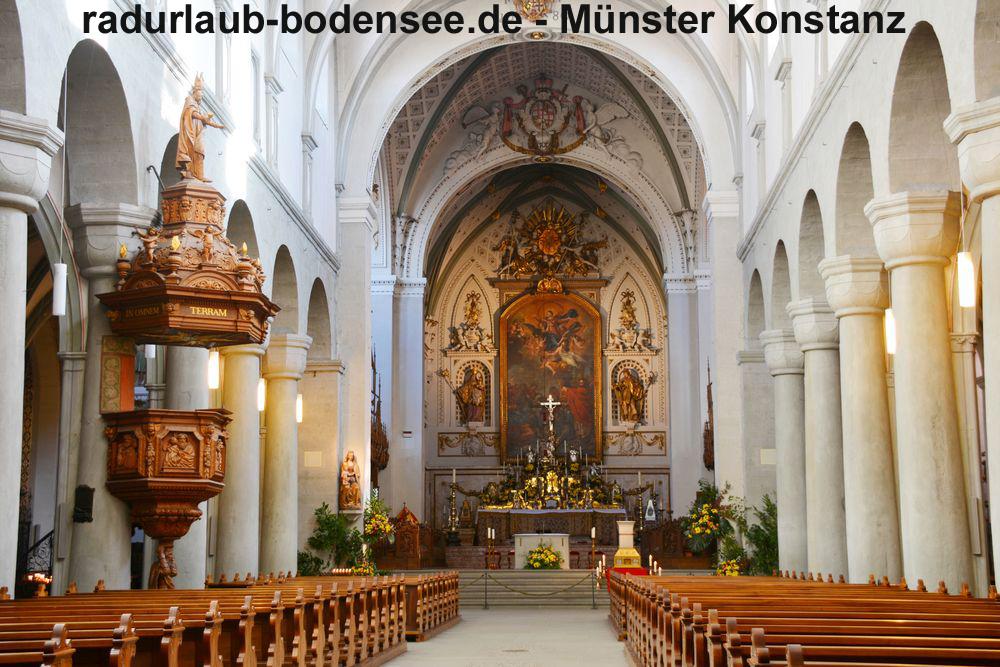